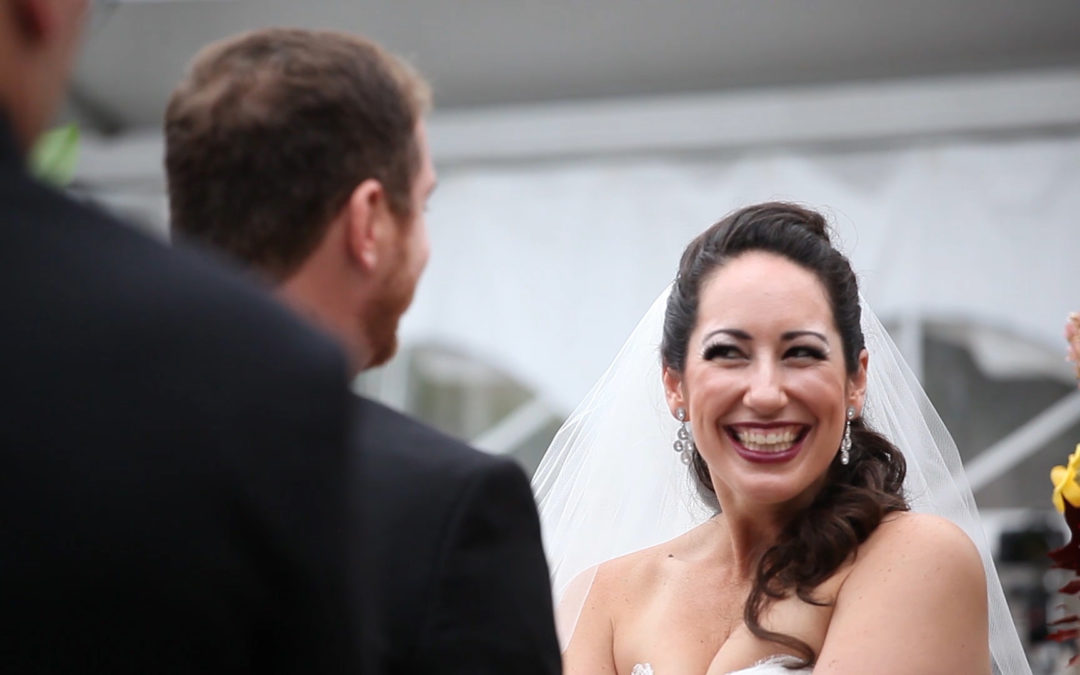 You don’t have to talk to Sara for long to get a sense of her big personality. She’s the kind of person who makes the wedding vow “I promise not to gloat…. excessively…. when I catch a bigger fish than you.” As a tax attorney, she travels almost nonstop for work. So it speaks volumes that she met Jeff at a friend’s out of town wedding, started a long distance relationship, and then moved all the way from Texas to Minnesota to be with him.

Sara and Jeff’s very rainy wedding day at the Pittsburgh Botanic Garden in Oakdale was infinitely brightened by the smiles and sparks that flew between these two. Enjoy their wedding film!

Song: “Best Part of Me,” Landon Austin, licensed through The Music Bed.